Purple Biotech Ltd. is a clinical-stage company focusing on the development of first-in-class, effective therapies by harnessing the power of the tumor microenvironment (TME) to overcome drug resistance and improve treatment outcomes for cancer patients

NT219 is a small molecule targeting the novel cancer drug resistance pathways IRS1/2 and STAT3. We are currently advancing NT219 as a monotherapy treatment of advanced solid tumors and in combination with cetuximab for the treatment of recurrent or metastatic squamous cell carcinoma of head and neck cancer (SCCHN) in a phase 1/2 study.

CM24 is a monoclonal antibody blocking CEACAM1, a novel immune checkpoint that supports tumor immune evasion and survival through multiple pathways. The Company advances CM24 as a combination therapy with anti-PD-1 checkpoint inhibitors in selected cancer indications in a phase 1 study followed by a phase 2 for the treatment of pancreatic cancer.

Purple Biotech has entered into a clinical collaboration agreement with Bristol Myers Squibb for the planned phase 1/2 clinical trials to evaluate the combination of CM24 with the PD-1 inhibitor nivolumab (Opdivo®) in addition to chemotherapy in patients with pancreatic cancer.

WE ARE COMMITTED TO THE DEVELOPMENT OF FIRST-IN-CLASS, EFFECTIVE THERAPIES BY HARNESSING THE POWER OF THE TUMOR MICROENVIRONMENT (TME) TO OVERCOME DRUG RESISTANCE AND IMPROVE TREATMENT OUTCOMES FOR CANCER PATIENTS 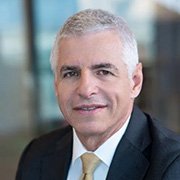 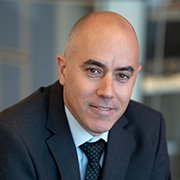 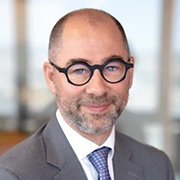 Fabien Sebille, Ph.D., has served as our Chief Business Officer since December 2021. Previously, Dr. Sebille served as Executive Director of Business Development and in different senior business development positions, at Debiopharm International SA, a Swiss-based privately-held biopharmaceutical company focused on drug development in oncology and infectious diseases. Earlier in his career, Dr. Sebille led business development activities at the competitiveness cluster Alsace Biovalley in Strasbourg, France, and was co-founder of TcLand Expression (which merged with OSE Immunotherapeutics (Euronext: OSE) in 2016), a biotech company that brought several therapeutics to different stages of clinical development. Prior to that, he served as Technology Transfer Officer at the Technology Transfer Office of the Medical Research Council. Dr. Sebille holds a Ph.D. in Immunology from the University of Nantes in France and completed his academic training with a post-doctoral fellowship at Imperial College, London.

Head of Clinical and Regulatory Affairs 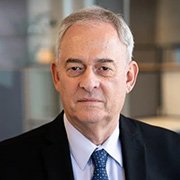 Michael Schickler, Ph.D., has served as the Company’s Head of Clinical Operations since January 2020. Prior to assuming this role, Dr. Schickler served as the Chief Executive Officer of FameWave until the closing of the FameWave Acquisition. Dr. Schickler has also provided consulting services for medical device and healthcare companies since July 2018, advising on various matters pertaining to biopharmaceutical drug development, including as a consultant to the Company since March 2019. From May 2001 to July 2018, Dr. Schickler served as Chief Executive Officer of CureTech Ltd. (“CureTech”), a biotechnology company developing novel immunotherapies for the treatment and control of cancer. During his time at CureTech, Dr. Schickler led the company from the establishment of its operations through its development into a clinical-stage company with activities spanning basic research through GMP manufacturing and worldwide clinical operations. Dr. Schickler has served on the board of directors of CureTech since October 2018 and previously served on the board of directors of Accellta Ltd. Dr. Schickler received his Diploma in Business Administration from the University of Lincoln, Lincoln, United Kingdom, his Ph.D. in Biology from The Weizmann Institute of Science, Rehovot, Israel and his B.Sc. degree in Biology from The Faculty of Life Sciences, Tel Aviv University, Israel. 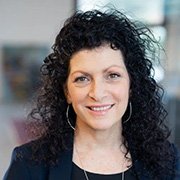 Hadas Reuveni, Ph.D. has served as the Company’s Vice President Research and Development since 2017. Dr. Reuveni a co-inventor of the TyrNovo technology, received her Ph.D., Summa Cum Laude, for anti-cancer drug discovery from the Hebrew University of Jerusalem. Dr. Reuveni has been involved in the scientific projects in TyrNovo’s portfolio since 2005 and has nearly two decades of research and development experience in biotechnology. Dr. Reuveni managed NovoTyr Ltd. a biotech start-up company, a predecessor company to TyrNovo, developing small molecules for the treatment of cancer and neurodegenerative diseases, and between 2005 and 2012 she served as its CEO. Dr. Reuveni also founded and served as a director and chief science officer of AngioB Ltd., a start-up company that developed GPCR-based agents for multiple indications (2006-2010). Prior to these roles, Dr. Reuveni was the director of research & development at Keryx Biopharmaceuticals (NASDAQ:KRX) between 2001-2004. Dr. Reuveni has served as a scientific consultant for Integra Holdings Ltd., Campus Bio Management Ltd. and BioLineRX (NASDAQ/TASE BLRX). Dr. Reuveni holds a B.Sc. degree in chemistry, an M.Sc. degree in biological chemistry and a Ph.D. in biological chemistry and drug discovery, all from the Hebrew University of Jerusalem, Israel. 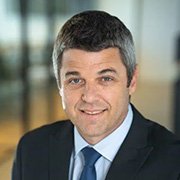 Ido Morpurgo has served as the Company’s Vice President Operations since August 2020. Most recently Mr. Morpurgo served as a Vice President Global Operations at Laline Israel from August 2019 until August 2020, and prior to that as Procurement Director at Kamada Ltd. from May 2015 until July 2019. Mr. Morpurgo holds a Bachelor of Science degree in Economics from the Hebrew University of Jerusalem, Israel, and an LLM degree from Bar Ilan University. 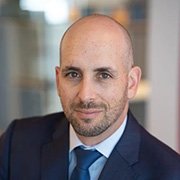 Eric Rowinsky, M.D. has been Chairman of Purple Biotech's Board since October 2019. Dr. Eric Rowinsky’s principal expertise is in the development and registration of novel therapeutics to treat cancer. Since November 2015, Dr. Rowinsky has served as Executive Chairman of the Board of Directors and President of Rgenix, Inc. He also serves as the Chief Scientific Officer of Clearpath Development Inc., and has served as a consulting Chief Medical Officer of Oncotartis, Inc. since 2018 and Everest Medicines, Inc. since 2017. Additionally, he has been an independent consultant since 2016 and works with many other life science companies in providing expertise in developing and registering a wide range of novel cancer therapeutics. Dr. Rowinsky served as Executive Vice President, Chief Medical Officer and Head of Research and Development of Stemline Therapeutics, Inc., a clinical-stage biopharmaceutical company, from November 2011 until October 2015. Prior to joining Stemline, Dr. Rowinsky was co-founder and Chief Executive Officer of Primrose Therapeutics, Inc., a start-up biotechnology company, from June 2010 until its acquisition in September 2011. He also served as a drug development and regulatory strategy consultant to the ImClone-Lilly Oncology Business Unit and several other biopharmaceutical and life sciences companies from 2010 to 2011. From 2005 to 2009, Dr. Rowinsky was Executive Vice President and Chief Medical Officer of ImClone Systems Inc., where he led the FDA approval of Erbitux®️ for head and neck and colorectal cancers and advanced eight other monoclonal antibodies through clinical development. From 1996 to 2004, Dr. Rowinsky held several positions at the Cancer Therapy and Research Center, including Director of the Institute of Drug Development, or IDD, and the SBC Endowed Chair for Early Drug Development at the IDD. From 1996 to 2006, he was a Clinical Professor of Medicine at the University of Texas Health Science Center at San Antonio. From 1988 to 1996, Dr. Rowinsky was an Associate Professor of Oncology at The Johns Hopkins University School of Medicine. He was a longstanding National Cancer Institute principal and co-principal investigator from 1990 to 2004, and was integrally involved in pivotal clinical and preclinical investigations that led to the development of numerous cancer therapeutics, including paclitaxel, docetaxel, topotecan, irinotecan, erlotinib, gefitinib and temsirolimus among others. Dr. Rowinsky was also an Adjunct Professor of Medicine at New York University School of Medicine (2008-2018). Dr. Rowinsky presently serves on the boards of directors of the public companies Biogen Idec, Inc., Fortress Biosciences, Inc., and Verastem Inc. He formerly served on the boards of directors of the public companies Navidea Biopharmaceuticals Inc. (2010-2018), BIND Therapeutics (2014-2016), and Biophytis S.A. (2018-2019), as well as at a number of privately held companies. Dr. Rowinsky received a B.A. degree from New York University (1977) and an M.D. degree from Vanderbilt University School of Medicine (1981). He completed his residency in internal medicine at the University of California, San Diego (1984) and completed his fellowship in medical oncology at The Johns Hopkins Oncology Center (1987).

Simcha Rock has served a member of our Board of Directors since July 2013. Mr. Rock served as a strategic consultant to Purple Biotech from January 2019 until December 2019. Mr. Rock served as our Chief Financial Officer from July 2013 until December 31, 2018. Prior to joining us, Mr. Rock was a private equity manager at Edmond de Rothschild Private Equity Management, a firm specializing in the management of venture capital and other private equity investments funds, from February 2000 until January 2011, with responsibility for all financial, legal and administrative matters for several investment funds. Prior to 2000, Mr. Rock held financial management positions at Intel Electronics Ltd., The Jerusalem College of Technology, and JC Technologies Ltd. Mr. Rock holds a B.A. degree from Yeshiva University and an MBA degree from Cleveland State University, and is a certified public account.

Ido Agmon, MBA, has served as a member of Purple Biotech's Board since June 2016. Since 2012, Mr. Agmon has been acting as an independent consultant and investment manager, providing start-ups, investment funds and technology-based ventures with advice in strategic & financial planning, fund-raising and related business development activities. He serves as a member of the board of directors of an Israeli privately held start-up corporation. From 2014 until the end of 2016, Mr. Agmon was a manager of Aviv New-Tech (formerly Aviv Bio-Invest), a private investment fund which manages a portfolio of public Israeli & global biomed and technology companies, of which he was a co-founder, and where he was responsible for analysis and evaluation of investments in Israeli and global biomed companies. From 2009 until 2011, Mr. Agmon served as the CEO of Meytav Technology Incubator, an Israeli-based accelerator for biotech, pharma & medtech ventures with over 20 portfolio companies. Mr. Agmon has served as a board member at a number of biomed ventures. From 2007 until 2009, he worked as the Director of Business Development at ATI incubator, a technology incubator specializing in biomed and cleantech projects, responsible for deal-flow and project evaluation. Mr. Agmon holds a Bachelor’s Degree in Business Administration & Life Sciences from Tel Aviv University, Tel Aviv, Israel, and an MBA from The Hebrew University, Jerusalem, Israel.

Steven Steinberg has served as a member of our Board of Directors since July 2016. Since April 2017, Mr. Steinberg has been an independent financial consultant. From January 2015 through March 2017, Mr. Steinberg served as the Chief Financial Officer of Glide Talk Ltd., a technology company in the video messaging arena. From September 2013 to October 2014, Mr. Steinberg served as Vice President, Finance at Client Connect Ltd., a subsidiary of Conduit Ltd., and subsequent to an acquisition, of Perion Network, Ltd. a NASADQ listed company. Between August 2011 and August 2013, Mr. Steinberg acted as an independent financial consultant. From December 2002 until July 2011, Mr. Steinberg was employed by Answers Corporation, a NASDAQ listed company, where he served as chief financial officer. Prior to 2002, Mr. Steinberg held a number of finance and Chief Financial Officer roles, following a ten-year period of service as an audit manager at Coopers & Lybrand (currently Price Waterhouse Coopers) in New York City. Mr. Steinberg holds a Bachelor of Business Administration degree from Florida International University – School of Business Administration, and was certified as a certified public account in New York State.

Ori Hershkovitz has served as a member of our Board of Directors since December 2021. Mr. Hershkovitz has held various positions in life sciences investment funds over many years. Currently, Mr. Hershkovitz is a board member and a senior advisor to private and public biotechnology and healthcare companies. From 2015 to 2019, Mr. Hershkovitz served as a Managing Partner and CIO of Nexthera Fund, a healthcare hedge fund based in New York, managing over $400 million in assets. From 2006 to 2014, he was the Managing Partner and Head of Research at Sphera Fund in Tel-Aviv, managing over $700 million in assets. From 2001 to 2006, Mr. Hershkovitz served as Senior Pharmaceutical Equity Analyst at Leader & Co. Investment House Ltd. in Tel Aviv, and from 1999 to 2001, he was a Pharmaceutical Equity Analyst at Ilanot Batucha Investment House Ltd. Mr. Hershkovitz currently serves on the Board of Directors of Matricelf Ltd. (TASE: MTLF), and from 2013 to 2016 was a member of the Board of Directors of MicroMedic Ltd. (TASE:MCTC) and Medigus Ltd. (Nasdaq: MDGS). Mr. Hershkovitz holds a B.A degree in Business Administration and Finance from Tel Aviv University, and is a licensed investment advisor.